Michael Jackson – The Death of A Legend 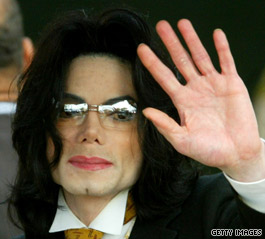 I’m a pretty big Michael Jackson fan. The reports today of his cardiac arrest and his death are heartbreaking. He’s an entertainer like no other and has a songwriting ability that only a few have and a voice like no one in history. I know some people that have worked with him and they say he was an unbelievable musician and quite a guy.

Whether you think he’s weird or great, he was an epic talent and that’s undeniable. Truly this historic day is a sad one for those of us that appreciate great artistry!

Are you a fan? What is it about M.J. that you really dig? Seriously, how big of a bummer would it be to have lost the King of Pop today?